Chemo #5 started yesterday even though blood count was a little low. Doctors reduced my dose somewhat and there is discussion of not doing #6 for fear of stuffing my lungs - but no biggie either way - we shall wait and see. Don't you just love all the complicated medical jargon I use :o).

This week in daystay I have been inflicted by women talking, talking, talking - rather too loudly and with no regard for the rest of us - god they just go on and on. In all cases there was no need for the patients to bring along their extras. The only time I can really see a need for visitors in daystay is as an interpreter for the patient, when the patient is young, when patient goes the first couple of times or is sick or upset. Definitely none of these applied this week. Add to this that there is very little space for patients let alone extras and the stress levels rise. Wards are for visitors.

At the same time I've met some extremely lovely extras who have lit up my day and often make tea for their patient and everyone else in the room. But talking loudly in the middle of the room is not what they do - so maybe my real issue is they are just too loud - if only chemo would take away some of my near perfect hearing.
Posted by Annie Fox! at 10:18 pm 1 comment: 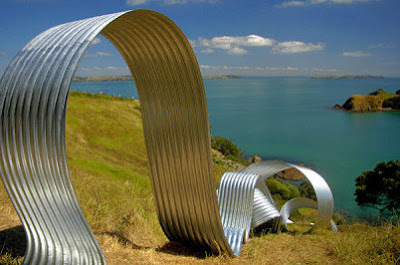 Well chemo #5 was put off for a week as my white blood count was too low. There are no problems with this as it doesn't make any difference to the outcome of the treatment.

I told you so 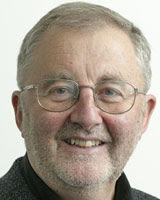 I commented last week:
New Zealanders generally lack enthusiasm [for investing], so much so that they saw finance companies as a safer bet than shares. This ignorance of risk and investing is wide spread - now they head over to bonds and I can bet they won't read the prospectus this time either.

In particular the overwhelming response from investors, and their advisers, before offer documents were widely available clearly indicates that we have learned little from the finance company debacles.

According to the Securities Commission: "If an investment is recommended by a financial adviser he or she should have read the prospectus." How many advisers had read the Fonterra prospectus before they registered their firm allocations?

My question: even if they did read the prospectus in it's entirety, how many understood the contents?

Another concern is the Fonterra Bond Issue was to raise $300m, but to date they have raised $800m. They appear to be willing to take on the extra $500m of debt - what for? Surely if the needed more than $300m they would have asked for it. This make me very nervous.

One other fact that Gaynor raises that should concern all is the lack of disclosure:
Neither the investment statement nor the prospectus contains any specific information on Fonterra's performance for the first half of its 2009 financial year, which ended on January 31.

This omission is unsatisfactory because the company probably had a poor six months and its debt levels may now be materially higher than they were at the end of its 2008 financial year.

Why do we continue to make these mistakes?
Whenever I bring up money matters with Kiwis they tend to just shut down. They don't want to even discuss in on a general level, let alone on a personal level - especially if they are in financial trouble. Surely this is the best time to talk openly, the time you need the most help.

I've been lucky in my money education, I've had one smart mentor plus five other investors that I speak to whenever I have a question. Add to this membership to two investment clubs and you get the idea that money education requires some effort, a reasonable amount of natural inquiry and is a lifetime pursuit.

I'm not saying I've never made a mistake with my investing or trading, I most certainly have and will continue to - I'm after all not the smartest cookie in the jar. The difference between me and most Kiwi investors is that I learn from my mistakes and I don't whine that I was 'ripped off' or try to blame others. But the main difference is I talk to people who are wealthier than me - even if I look stupid or don't particularly understand everything they say - eventually it sinks in.

So get into it, it has boring moments, but it isn't hard, and eventually becomes very exciting, as your wealth and security grows.
Posted by Annie Fox! at 6:44 pm 8 comments:

If this is global warming ...

The 'if this is global warming then bring it on' rally 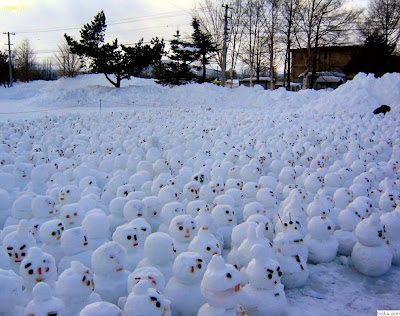 I know it's been ages since I last blogged, I'm not sure why, I just didn't feel like communicating, but I'm being hassled by certain people to get to and write something, so ...

Tennis ruined
January brought us, once again, the ATP Women's and Men's Tennis at Stanley Street - yay! I missed the Women's as I was away and sick, but enjoyed watching proceedings on TV. Then the men's tournament started, I was on the improve, so went for an evening in a corporate box (thanks Dad).

Now tennis has been one of the few sports I enjoy watching (add to this skiing, gymnastics and hockey). But horror of horrors an evil spirit has invaded Stanley Street, the unholy addition is ... music!

Yes I know the 'E' word is not something one usually associates with music*. But anytime the players came off the court they would play LOUD, CRAP music. Apparently this happened for all centre court games for both men's and women's. It was so bad I marched off to find the DJ and to plead with him (yes it could only be a man that could make it that loud and irritating) to 'cease and desist' or at least turn the volume down so I could talk to the person next to me. Fortunately for his personal safety he was on the other side of the court and I didn't have the energy to walk all the way around and back again - why no one else tried to sort this out is beyond comprehension (we Kiwi's can be too useless for our own good). I actually think I might of been able to get the music turned off completely - who could turn down a ranting, weak, bald, cancer patient on a mission for 'higher standards and order'.

The atmosphere at the tennis has always been great fun, a wonderful buzz of excitement in between plays, with fans shouting out support to players and funny little comments flying around the court. All this ruined because some tosser (most probably from outside NZ) has tried to force a format on a wonderful game and a unique venue. Mind you I can't imagine that music is suitable at any tennis venue - surely the don't play music at Wimbledon?

In fact there are very few sports that loud music would enhance the event:
* Basketball - kind of makes sense, mainly because it is such a tradition.
* Netball - it's already ruined by the fans using those moronic clapping sticks, loud music would probably enhance the viewing.
* Rugby - I don't watch, so couldn't care-a-less, ruin away. Actually on this, I was developing into an avid fan, but then they just kept playing and playing and playing all the time - too much, too boring.
* Cricket - don't watch.

I've heard that the tennis players like the music - but surely it is the audience that is paying and I'm sure they would rather have an audience than empty stands - more prize money after all.

Complaints can be made here.

Investing
As we watch Mark Weldon - CEO of NZX - run around doing god knows what (Cactus Kate comments here and here), I put my head in my hands and imagine how much bigger our economy would be today if we were in possession of a robust capital market. An effective market requires great liquidity (definitely not available at NZX) and at least some enthusiasm for share participation by it's citizens. New Zealanders generally lack this enthusiasm, so much so that they saw finance companies as a safer bet than shares. This ignorance of risk and investing is wide spread - now they head over to bonds and I can bet they won't read the prospectus this time either.

I am told by the big softies amongst you that I should feel sorry for all those that lost money in these financial collapses. But the likes of these investors (if you can call them that) call traders like me crazy gamblers with little idea of what we are doing, nor the risks we are taking. Worse they think that we are responsible for the losses that they made on the sharemarket in the past. So frankly I don't feel sorry for them, if I did I would be saying to them that they did no wrong.

Anyway back to the NZX - the sooner they are taken over by the ASX and all NZ companies listed on the main ASX board the better. An effective market requires great liquidity and market enthusiasm. The public listings via the NZX generally have been disappointing to both investor and the listing company, my advice to any businessman thinking of listing their company on the NZ stock exchange is don't - go over the ditch.

Kiwis will never buy shares in enough numbers to make the NZX a viable market. They rarely seem prepared to buy the shares and join the business for the long term, these days Kiwi investors will only buy bonds and property - spreading risk is once again still an unknown concept - learning by experience strangely fails again. The Australians are eager participants on the sharemarket, this participation provides excellent liquidity and a healthy sharemarket.

NZX does nothing to encourage share participation. ASX run seminars all the time - I'm constantly sent emails inviting me to attend. My broker also provide regular speakers and events to attend. The only one I've seen run in NZ is by ABN AMRO Craigs for women - get in there gals and do it for yourself, your lack of ego makes you a better investor apparently.

My Health
I've taken to avoiding germs by shaking hands, rather than hugging and kissing people. All very awkward as the huggor/kissor heads for me and I dodge and dive out of the way, with an apologetic "no I don't do that at the moment". I was starting to wonder if it was worth all the bother until I looked at my latest blood report - white blood count low, low, low. So I think I'll carry on with this no kissy/huggy policy, along with my short nails and handwashing regime. Fortunately it is "too bloody hot" to go out much, so I'm not out in public much anyway.

Low white blood count plus lack of steroids equals lack of energy, but other than that I feel great. Feel like I can conquer the world actually, until I try to - bugger - back to the couch.

* except of course anything religious, country and western, disco, hip hop and probably a few more styles that have slipped my mind.
Posted by Annie Fox! at 11:05 am 2 comments: