Rather busy week, starting with a CT scan on Tuesday to check out why I had pain around my hip. As predicted the cancer has returned to the central nervous system (CNS) and the doctors asked me to come in on Wednesday to Acute Oncology to have an MRI and discuss immediate radiation therapy. They seemed to be surprised that I only suffered some pain and hadn't lost movement in my legs.

My steroid dose was increased from 4mg to 8mg on Tuesday night and the pain went straight away. On Wednesday it was increased to 16mg. The mood swings and appetite haven't changed as yet, but I imagine it will shortly - you have been warned.

Anyway MRI results revealed a few more tumours that the CT missed, three that were touching the spine, some that aren't. So I had my first dose of radiation this arvo and will have one each day until Monday. Then (fingers crossed) I can fly to Brisbane to catch the end of the Transplant Games, returning Sunday. On my return I will be given another five doses. It was great that they were able to accommodate my trip, I have been looking forward to it for ages.
Posted by Annie Fox! at 9:06 pm 5 comments:

You have been given six months to live unless a suitable liver can be found. You are a strange blood type and five months have past - no suitable donor is found - the clock keeps ticking.

Finally in Wellington a particularly bureaucratic civil servant sticks his head too deeply into the trough, inhales and starts choking. He staggers around his sea view office and blinded by his own shortsightedness he trips over the his latest economic death legislation and tangles himself in his own red tape. An ambulance is called but he dies a slow, painful death on the way to the hospital, where they find his donor card and harvest his organs - a perfect match has been found.

Next week most of the Woolf females are heading to Brisbane for the 17th World Transplant Games. There will be 24 organ transplant athletes competing for New Zealand, my niece Julia being one of them. The main aim of the games is to raise awareness of the lives saved by talented surgeons using organs donated by individuals and their families.

I've been asking my friends if they are donors, most say they are, but when I ask if they have discussed it with their family members nearly all of them say they haven't. This I found extremely odd, as I've always known of my family's wishes and I would go out of my way to make sure that these wishes were undertaken.

I know discussing death can be a difficult topic, but it is important to tell your next-of-kin of your wishes. Just because you have "donor" on your licence, doesn't mean the doctors will use your organs upon your untimely death. They will always ask the family and ultimately your wishes will be ignored if the family have a problem with organ donation.

By talking to your next-of-kin, you will give them the knowledge they need to make sure your values are upheld at a time when you most probably can't communicate and at a time of extreme stress for your family. Knowing what you wanted will reduce this stress and people will usually honour a person by carrying out their wishes. 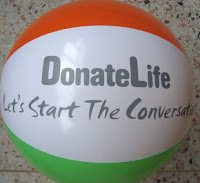 Blood donation
Most people I know don't donate blood. This is not because they don't want to, but because they lived in the UK during the mad-cow scare and the blood donation services have decided they won't take our blood. There are of course many other reasons why people can't donate blood and so arises a shortage, but of course you all know this by now, they don't advertise for donors for the fun of it. There are a couple of reasons for non-donation that can easily be avoided by following the "harden up" rule to life:

* needle phobia - if it hurts at all, it is only for a few seconds.

* fainting - relates to the above - apply the "harden up" rule and anyway you are lying down so there's nowhere to fall.

As I'm often in the Hematology department I watch bag after bag of blood being hooked up to grateful patients every hour of the day - the blood banks are often running short. If you're not donating then just think how hypocritical you'll feel when you land up in hospital with a bag of blood attached to your arm.

Same goes for non-organ donors - they cringe at the thought of giving their organs, but if they suddenly needed an organ themselves, they'd be fighting to get to the front of the queue.
Posted by Annie Fox! at 3:24 pm 8 comments:

Today is the Cost of Government Day in the US. In other words:

"... the day that you stop working to pay for the total cost of government (spending plus regulation)."

If this doesn't horrify the US tax slaves, then the fact that in just one year this day has jumped - from mid-July (16th I believe) to 12 August - should make them shake in their boots - nearly a whole bloody month. Amazing!
Posted by Annie Fox! at 4:59 pm No comments: 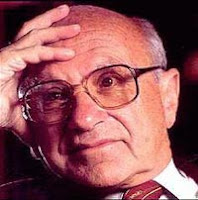 From the great Milton Friedman an Open Letter to Bill Bennett on drug legalisation. 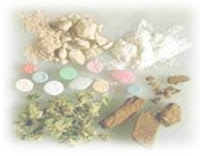 Now I've been working on a blog for the last month in regards to ending the War on Drugs and legalising the consumption and trade of all drugs. But my ability to write is alluding me at present and sitting for more than 10 minutes is just too painful.

So here is a blog that says exactly what I think - thanks Peter.
Posted by Annie Fox! at 4:55 pm 6 comments:

Don't forget it's drinks tonight at Galbraiths for the monthly B3 Bloggers Bar Bash. See you there from 6.30pm onwards.
Posted by Annie Fox! at 12:33 pm 9 comments: